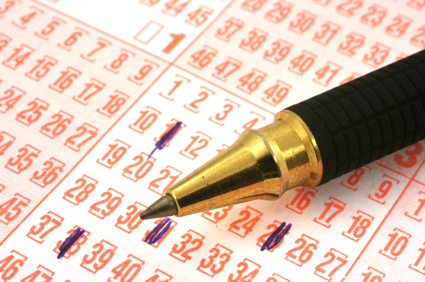 Did you ever visit a high-rise building in India and notice that floor number 13 does not exist? Ever wondered why?

In India, numerology plays a crucial role in everyday life of people. From choosing license plate numbers to buying a real estate property with a particular number – Indians give importance to lucky and unlucky numbers. While the numbers may be universal, they vary based on religion, culture, and beliefs. What might be an unlucky number in India may be a lucky number in the west. Language, history, ethics, and religion shape up the way people look at every number. And, everyone has a different number which evokes a sense of happiness or wariness.

et's take a look at lucky numbers in India, what makes them lucky, their history and significance.

In numerology, every number has its significance, but no number can match the spirituality of number seven for Indians. As per Hindu scriptures, there are 15 planets, and Earth is in the middle (seven planets above and seven planets below). Furthermore, in India, people begin any auspicious activity reciting the 'Gayatri Mantra' which mentions the seven worlds. The country believes that during spiritual practice sessions, seven energies awake. Even Mother Goddess, Durga took seven different forms while fighting one of the demons. Also, in the Upanishads, there are a total of 7 shakti's in our subtle energies. The number is auspicious even in marriages because couples walk together seven steps around the sacred fire for solemnizing the marriage.

Where else is it lucky? – The number is considered lucky in the USA, UK, Netherlands, France, and westernized countries.

Where is it unlucky? – Thailand, Vietnam, China and all countries with heavy Chinese influence. In these countries, the seventh month or July is the month of the ghost. It's the month where most people pay respects to the dead ones.

Be it the auspicious Navaratri festival or the navagrahs, number nine is one of the most significant aspects for Indians. For many Indians, number nine holds vital importance while buying property, registering vehicles, and purchasing jewelry. According to the Hindu culture, nine is ruled by planet Mars which provides movement, power, and energy. Interestingly, for many Indians, number nine holds personal importance, and fooling around with the number is like playing with their sentiments. Also, in real estate, the number has a special advantage because apartments on the ninth floor are lucky, and apartment numbers adding up to nine usually get booked or sold faster than the others. Furthermore, if you go down to South India, a prominent businessman has car number plates, which add to nine, or 999 or 9999.

Where else is it lucky? – The number is considered lucky in Norway and China. In China, the number is auspicious because it's the number of the emperor.

Where is it unlucky? – The number is unlucky in Japan because it's synonymous to sufferings.

For Indians, the number 8 is related to planet Saturn and is symbolic of patience, responsibility, experience and stability. House numbers totaling eight are perfect for those seeking prosperity and wealth. People suddenly can expect financial gains or raise when staying in an apartment where the number is eight or totals up to 8. However, many people consider it as an ill-omen because of its relation to Shani.

Where else is it lucky? – Vietnam, Japan, China, and all other countries with Japanese and Chinese influence because the number represents wealth.

Unlucky Numbers – Why to avoid them?

After knowing the lucky numbers in India, it’s time to know about the history and the reason why these numbers are unlucky.

The not so friendly number 3

A famous Hindi proverb ‘Teen Tigaada Kaam Bigaada’ says that anything three things or people will only spoil the work. In the Hind culture, the number is unfortunate and inauspicious. Even in real estate, the figure holds no significance. A house number totaling to 3 results in financial and legal troubles. Furthermore, living in a home with number 3 will remove flexibility from life and make it monotonous. Also, it’s believed that deaths come in threes. Though there is no scientific evidence, the number can bring bad omen

Where is it lucky? – Italy, USA, and Sweden

Where is it unlucky? – Japan and Vietnam, because it’s believed if a photograph of 3 people is clicked, the person standing in the middle will die.

The hysteria surrounding number 13 has become so widespread that in India, where according to Hinduism, the number is lucky, people consider it unlucky. Indians also suffer from the sickness called triskaidekaphobia – fear of number 13. It’s believed to be the number of Rahu who brings bad luck. The number can bring delays and mishaps in life. Even when you buy a property in India, many buildings skip the number to avoid any unnecessary problems. In India, people fear 13th falling on a Friday because brings bad luck

Where is it lucky? – Italy

Where is it unlucky? – China, USA, Sweden, UK, and other western influence countries

The problem with number 26

Another number which the country fears is 26. Even numbers 2 (moon) and 6 (Venus) are strong enemies. And, together, they have brought many catastrophic disasters in the country. Gujarat earthquake, which shook the entire country, occurred on 26th January 2001, the disastrous Tsunami took place on 26th December 2004, and the attack on world-famous Mumbai Taj Hotel took place on 26th November 2008.